Journal of Mahatma Gandhi University of Medical Sciences and Technology 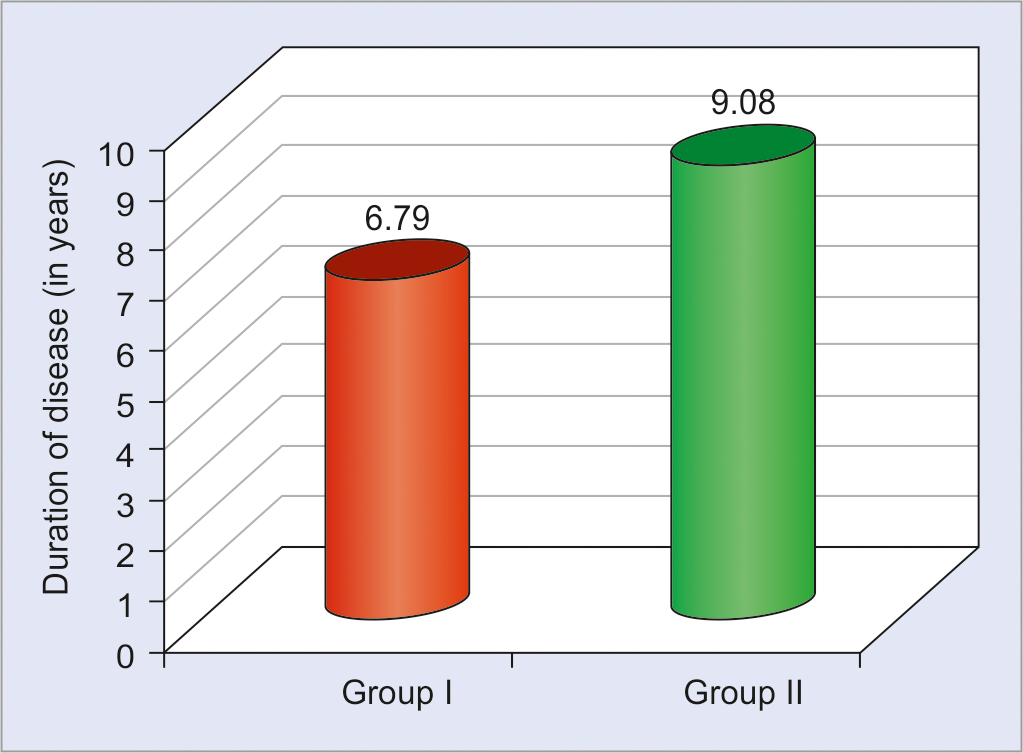 Bacterial Etiology of Otitis Media and their Antibiotic Susceptibility Pattern among Patients coming to a Tertiary Care Hospital, Jaipur, India

The aim of the study was to identify the microorganisms associated with the chronic discharging ears and their antimicrobial susceptibility pattern.

A total of 251 samples of ear swabs were received at Mahatma Gandhi Medical College & Hospital, Jaipur, Rajasthan, India. Pus samples were taken from external auditory canal using sterile cotton swabs and then cultured on different microbiological media. Antibiotic sensitivity was tested and interpreted by method according to Clinical and Laboratory Standards Institute standards.

Out of 251 samples received, 135 (53.78%) samples had growth. The microbiology of these 135 samples was studied. was the major organism isolated from 88 samples followed by (37), and other coliforms (10). Drug susceptibility of showed that colistin was active against all isolates followed by piperacillin-tazobactam and imipenem. Approximately 60% isolates were methicillin-resistant . Vancomycin, linezolid, and teicoplanin were 100% sensitive.

From the current study, it was concluded that is the potential cause of ear-associated infections. All isolates of were susceptible to colistin, and was susceptible to vancomycin, linezolid, and teicoplanin.

Quality of Life in Patients with Epilepsy: Study from a Northern Indian Teaching Hospital

Epilepsy is a significant public health problem in the world today. The social stigma and impact on quality of life (QOL) may pose a bigger challenge than the clinical severity. In India, there are not many studies using quality of life in epilepsy (QOLIE-31) questionnaire to study the QOL in epileptic patients. This study may be useful in planning the management of patients with epilepsy. So, our study was conducted to determine the level of health-related QOL (HRQOL) of patients with epilepsy in a teaching hospital.

This was a cross-sectional, questionnaire-based study conducted in a teaching hospital from March to October 2015. The subjects included both male and female adults of at least 18 years of age with a diagnosis of epilepsy, which was present for minimum 1 year. The QOLIE-31 was used for collecting data on HRQOL.

The study revealed that patients who were on a single drug (monotherapy) had a much better QOL than the patients on more than one drug (polytherapy). 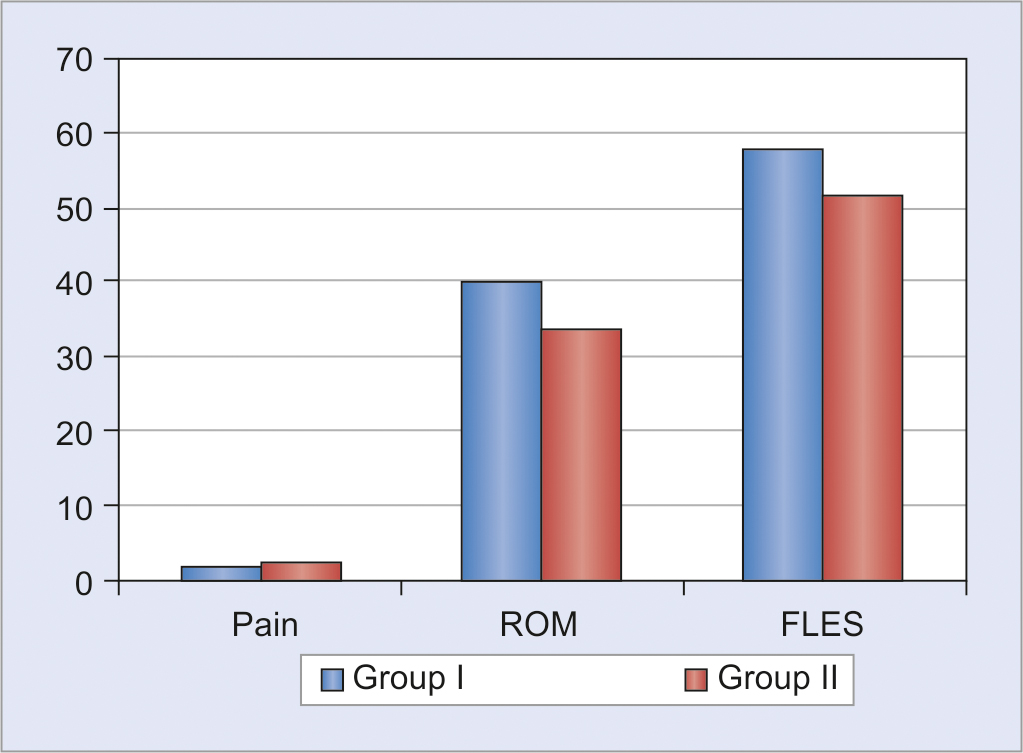 To find the Efficacy of Therapeutic Laser for Piriformis Syndrome

Excessive static and dynamic muscle work/action of the piriformis causes Piriformis syndrome (PS). The sciatic nerve runs on bilateral side of posterior hip or thigh just closed to piriformis muscles or sometimes just passes through it. In case of PS, patients feel sharp radiating pain and paresthesia and muscle weakness in lower quadrants of limbs including low back, hip, and ankle.

The aim of the study was to compare and observe the effect of light amplification by stimulated emission of radiation (LASER) therapy and ultrasound therapy in case of PS. The purpose of this study was to investigate the effectiveness of laser therapy for the physiotherapy rehabilitation to restore range of motion (ROM) of lower limb and decrease pain and disability in PS.

Thirty patients were taken for this study. The mean age in group I and group II were 28.2 ± 5.116 and 29.93 ± 4.793 respectively, and the patients were referred from orthopedic outpatient physiotherapy department of Mahatma Gandhi Hospital, Jaipur, Rajasthan, India. The duration of study was of 3 weeks. Baseline measurements of pain intensity, lower extremity functional disability, and ROM of all the subjects were measured using the visual analog scale (VAS), Lower Extremity Functional Scale, and goniometer respectively, and recorded as per test data for statistical analysis.

Premenstrual syndrome (PMS) and its more severe form “premenstrual dysphoric disorder (PMDD)” is a common yet underdiagnosed disorder. It is characterized by anxiety, mood changes, and several somatic symptoms in the last week of the luteal phase and began to remit within a few days after the onset of the follicular phase.

The aim of this study was to evaluate the prevalence of PMS and PMDD among females at a tertiary care center and evaluate the associated symptomatology, sociodemographic variables, and functional impairment.

In an observational, cross-sectional study, 150 randomly selected females (18–30 years) were evaluated for menstrual history after sociodemographic profiling. Structured Clinical Interview for Diagnostic and Statistical Manual of Mental Disorders-IV (DSM-IV)-TR (SCID)-PMDD was applied among those who were positive on premenstrual symptoms screening tool. Statistical analysis was done using Statistical Package for the Social Sciences, version 14.0.

The prevalence of PMS was 21.33%. Moderate to severe PMS was 14% and PMDD was 7.33% according to DSM-IV-TR criteria. Fatigue/lack of energy, decreased interest in work were the most commonly reported symptoms. Decreased school/work efficiency and productivity was the commonest form of functional impairment. Increased body mass index, onset of symptoms since menarche, duration of premenstrual symptoms, menstrual cramps, and family history showed statistically significant association with PMS/PMDD.

An Insight into the Surface of Dental Implants 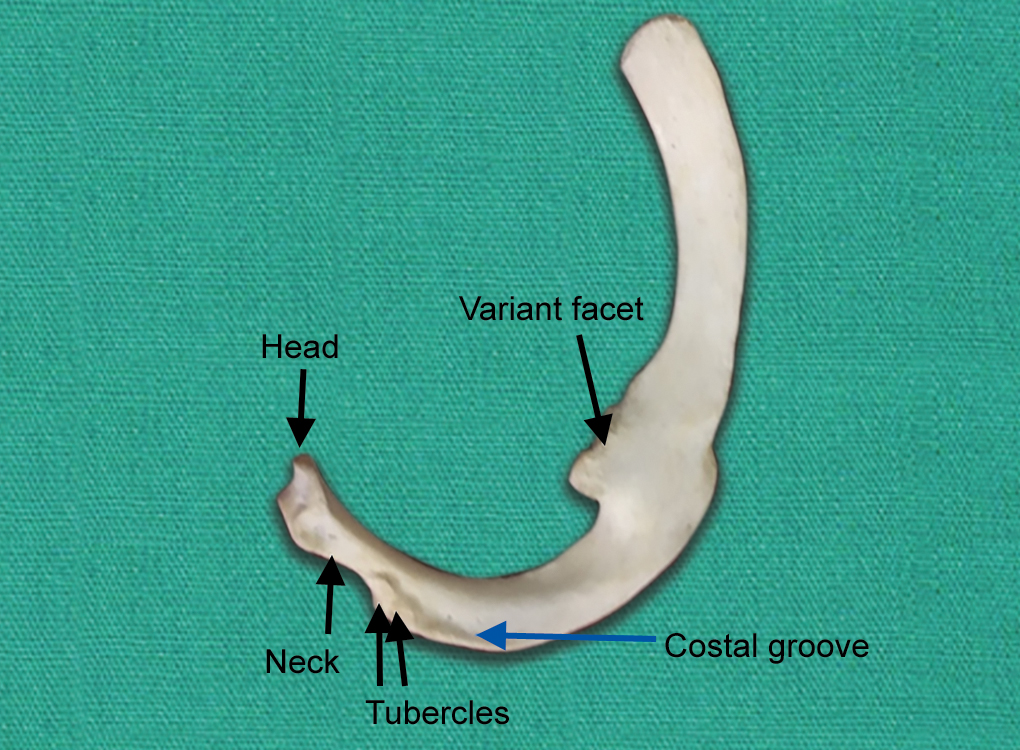 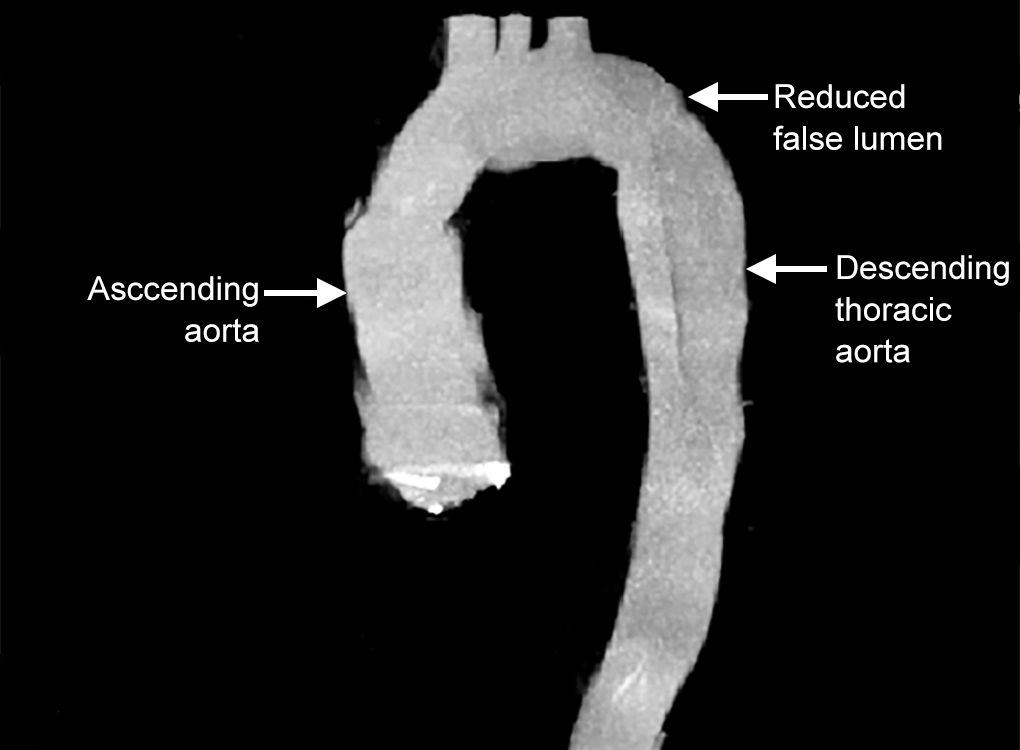 Acute Dissection of the Ascending Aorta: A Case Report and Topic Review 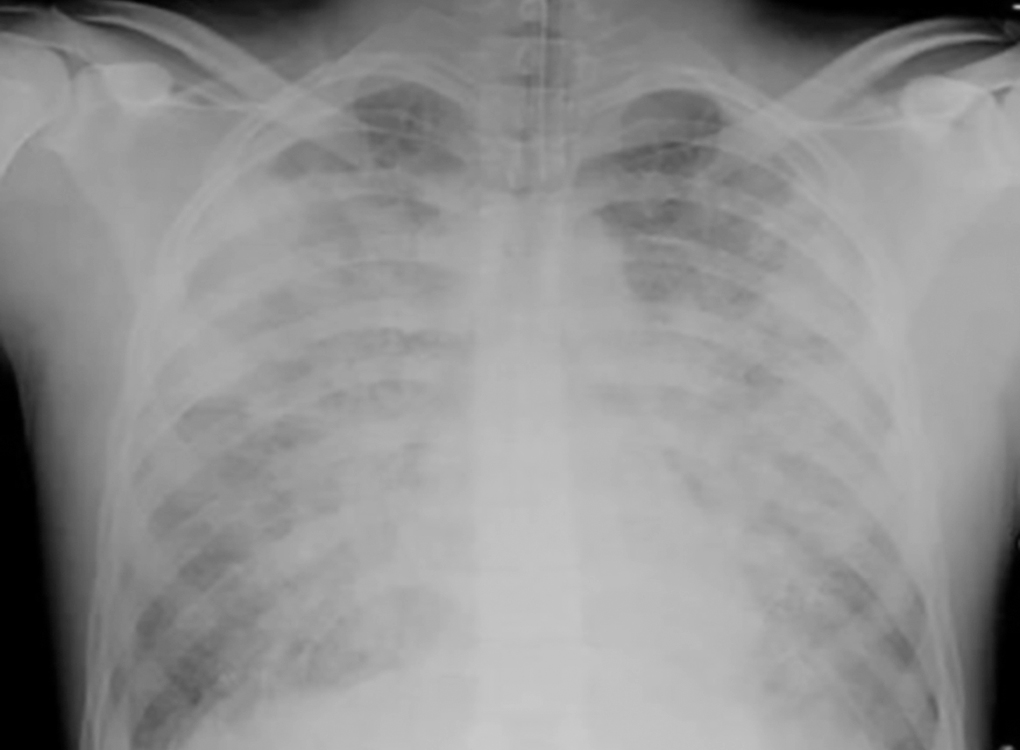 Scrub typhus is an acute, febrile zoonosis, caused by an obligate intracellular bacterium disease is of greatest public health importance in rural areas of Asia and in Western Pacific Islands. The clinical manifestations of the disease range from subclinical disease to an organ failure. The various complications known with this disease are jaundice, renal failure, pneumonitis, acute respiratory distress syndrome, septic shock, myocarditis, vasculitis, and meningoencephalitis. The complications of scrub typhus usually develop after the first week of illness.

We report a case of a 70-year-old female, farmer by occupation, who presented with acute febrile illness and was diagnosed as scrub typhus. She subsequently developed vasculitis, which resulted in pan digital gangrene. After thorough workup for digital gangrene, it was established that scrub typhus is the cause of gangrene in this patient.

Thus, our inference is that vasculitis might be seen in very few cases of scrub typhus and it may progress up to gangrene of digits. Only one such case has been reported, thus making it a very rare phenomenon. 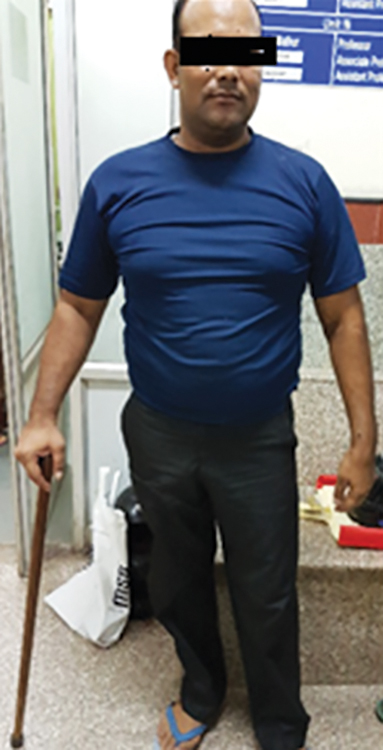 An Indigenous Removal Method of a Broken Interlocking Nail

How to cite this article: Mathur A, Kumar M, Kedawat A, Sharma A, Gupta A. An Indigenous Removal Method of a Broken Interlocking Nail. J Mahatma Gandhi Univ Med Sci Tech 2017; 2 (1):38-40. 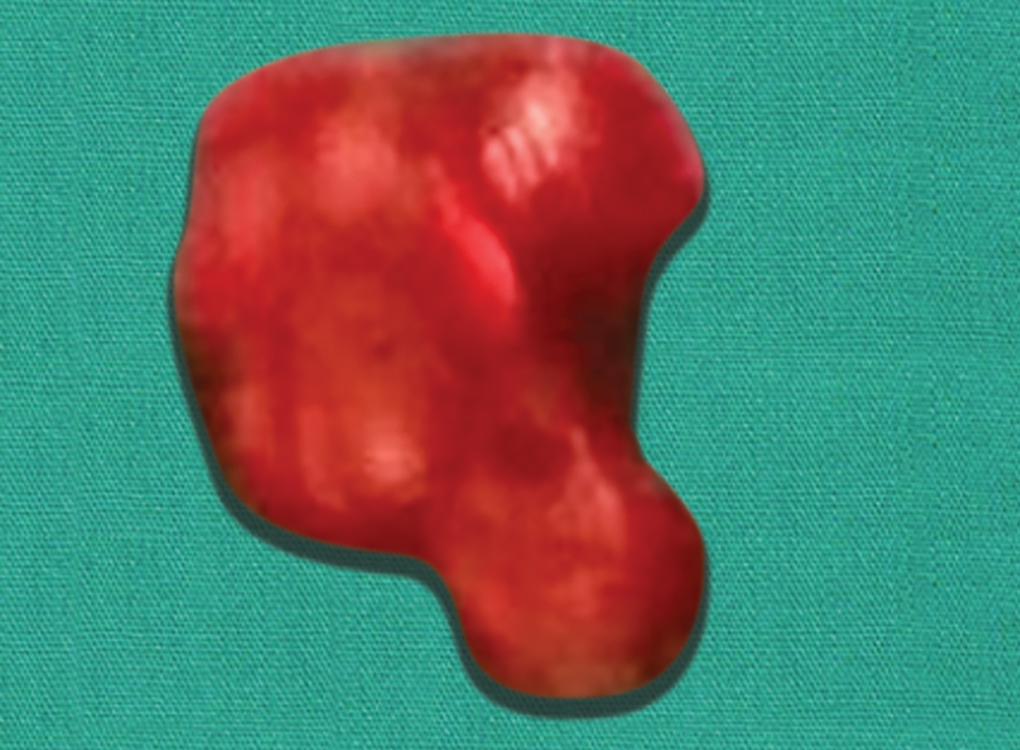 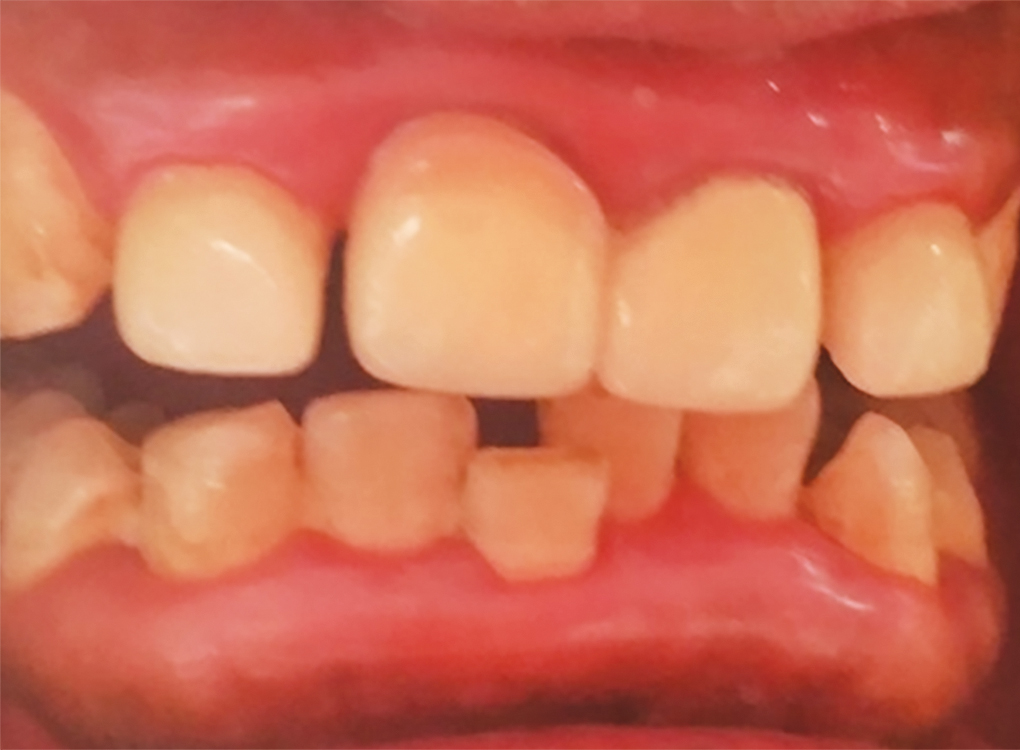 Chronic inflammatory gingival enlargement also called as chronic hyperplastic gingivitis is an enlargement of the gingiva as a result of chronic inflammation due to local or systemic factors; most important local factor appears to be the dental plaque and calculus. This case report aimed to present the clinical, histopathological features and treatment of inflammatory gingival enlargement which disturbed the esthetics and masticatory function of the patient.

A 34-year-old male patient reported with a chief complaint of swelling and bleeding in the gums of teeth in maxillary and mandibular anterior region. The enlargement was firm and fibrotic accompanied by an inflammatory component probably due to inability to maintain adequate personal oral hygiene. Periodontal surgical therapy was performed for good esthetic outcome.

No recurrence was reported 6 months postsurgery. The importance of patient motivation and compliance during and after therapy as a critical factor in the success of treatment has also been highlighted through this case report.

Gingival overgrowth interferes with mastication and speech of the patient. A thorough diagnosis and treatment planning is essential. 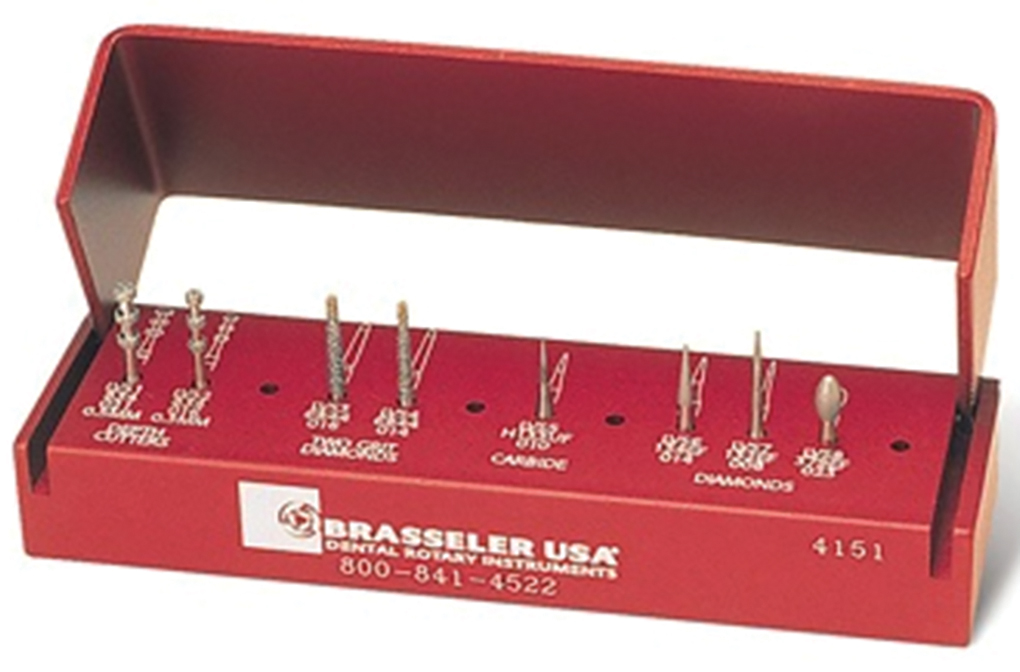 Smile Design with All Ceramic Veneers